Effects of changing the slope and the y-intercept

Using y = 3x + 1, find the equation of a second line by multiplying the slope by 2 and shifting the line down by 3 units.

Start working by finding the slope of the given line. Since the equation is already in the slope-intercept form (y = mx + b), you can easily find the slope.

Make a note of what each variable in the equation stands for:

Compare with the standard form.

The slope of the given line is 3. But, the new line has double the slope.

STEP 2:    You also have the value of the y-intercept from the comparison as 1. The corresponding point is (0, 1). Now, if the line gets shifted downwards by 3 units, there will also be a change in its y-coordinate. It gets reduced by 3 units.

STEP 3:    Now, the only step left is to substitute for m and b in the slope-intercept form.

Join in and write your own page! It's easy to do. How? Simply click here to return to Graphs Library. 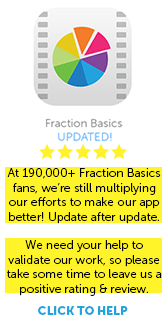